Data Respons Solutions and Data Respons R&D Services have worked closely together with TechnipFMC Measurement Solutions for 26 years in developing three generations flow computer (currently working on the fourth). We have contributed with software, hardware and FPGA specialists.

TechnipFMC Measurement Solutions is a system supplier that delivers measurement systems to the oil and gas industry. In the 80’s, they entered a new era when they created their first flow computer – a computer that uses fiscal measuring to measure how much oil and gas that is distributed.

«Data Respons Solutions, R&D Services and TechnipFMC Measurement Solutions have had a long and good collaboration for 26 years – a collaboration that has benefited our companies well. An important factor for our strong tie has been local presence which, among other things, has made product support easier. After we went from generation 1 to generation 2, and based ourselves more on self-developed modules we have made a significant stride forward. ”        – David E. Olaussen

The first flow computer originated in the mid 80’s. TechnipFMC (then Kongsberg Offshore) was owned by Siemens and naturally the technology and components came from Siemens.

Generation 1 was a large 19-inch rack shelf based on the Siemens Simatic, consisting of different cards. Available technology and standard off-the-shelf products were used. Relé technology was also used and the computer comprised of large boards with pushbuttons and a physical counter. It used a PLC to control valves and a step5 code to program them.

In the mid-90s, the flow computer needed a tech-upgrade as several components were outdated or obsolete. We were contacted as the customer needed competence they did not possess inhouse.

The upgrade from generation 1 to generation 2 was huge. All previous software was rewritten and redesigned in C and C ++. Communication went from double serial communication links to one ethernet connection. It was considered revolutionary at the time to switch ethernet in such a way. The flow computer was switched from Siemens technology to Motorola technology and OS9. The size of the rack shelves was reduced to half, and up to six CPUs fit in one 19-inch rack shelf. It could also fit in redundant power supply for both CPUs and field instruments.

Throughout our profession, we have carried out many R&D projects for customers where we have replaced PLCs with custom solutions. PLC components were expensive in the 90’s, so if you had a certain product volume, it was more profitable to customise a separate CPU on a process card.

In 1999, generation 2 was upgraded with a transition module – an addition that formed a standard interface on the back of the card. This was the first customised card we made for the customer. All components were relocated onto one card and handled serial communication with instruments and twisted pair communication, reducing the large number of loose components in the cabinet.

Almost 10 years later, it was time for a new revolutionary upgrade of the flow computer, and we were once again commissioned. This time, the flow computer needed a redesign as the Motorola cards were expensive and some of the modules had become outdated. The transition module and the Motorola card were placed together, and the customer wanted the opportunity to change the CPU module. We used a PC104 CPU module and designed the rest. The customer gained more control over the components on the card and we were be able to notify, well in advance, when it was time to redesign the card or needed to support purchase of components. The operating system was switched from OS9 to Windows CE.

The biggest changes came in 2006, when both the OS and the CPU was replaced. The CPU was replaced again 6 years later, in 2012. Keeping a design alive this long was revolutionary and proved that it was a very good technical choice at the time – giving the system a lifespan of more than 15 years!

The system has had some adjustments and has been further developed since 2017, but has it has continuously lived since 1994. We are currently working on a fourth-generation flow computer. We are replacing Windows CE with Linux, in addition to a new design with a touch display. It will have a smaller size card, with equal IO at the back, to efficiently replace and perform upgrades without having to buy new rack shelves or cabinets.

Following our recommendation, generation 4 will be based on a system-on-chip (SoC) solution. As for the CPU – it has become an FPGA with two hardcore ARM cores. 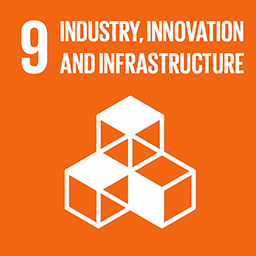 Read more about our Energy, Maritime and Oil & Gas applications and our other industry cases